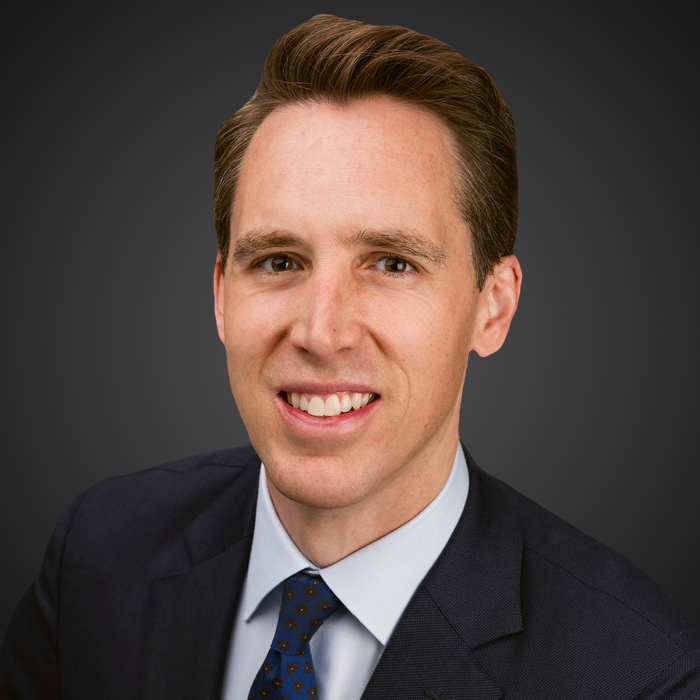 Raised in rural Missouri, U.S. Senator Josh Hawley previously served as Missouri’s Attorney General. There he earned a reputation for taking on the big and the powerful to protect Missouri workers and families. He has battled big government and big business, special interests, organized crime, and anyone who would threaten the well-being of Missourians.

A native of small town Lexington, Missouri in rural Lafayette County, Senator Hawley graduated from Rockhurst High School in Kansas City. After graduating from Stanford University in 2002 and Yale Law School in 2006, he moved back home to mid-Missouri with his wife, Erin, where they started a family. They are the proud parents of three young children: Elijah, Blaise, and Abigail.

Since taking office, Senator Hawley has been a leading champion in Congress for working families. He’s worked across the aisle to deliver protections for kids online, led the fight for direct payments to working people during the COVID-19 pandemic, and taken steps to crack down on predatory landlords. Senator Hawley has also rolled out proposals to protect American workers from foreign trade cheating, especially from China, and has been an advocate for ending the offshoring of jobs and boosting manufacturing the United States.

Senator Hawley has taken on corporate special interests to level playing field for the American worker as well. He boldly stood up to the abuses of Big Tech and Wall Street and has worked to reign in the power of these mega companies while championing innovation, entrepreneurship, and small businesses. Senator Hawley has also worked to keep our communities safe by confronting illegal immigration, and challenging big opioid manufacturers and human traffickers – during his time as the former Attorney General of Missouri and in the U.S. Senate. As a fierce defender of the Constitution, Senator Hawley is committed to protecting Missourians’ First and Second Amendment rights.

Senator Hawley serves on the Senate Committees on the Judiciary, Armed Services, Homeland Security and Governmental Affairs, and Small Business and Entrepreneurship.