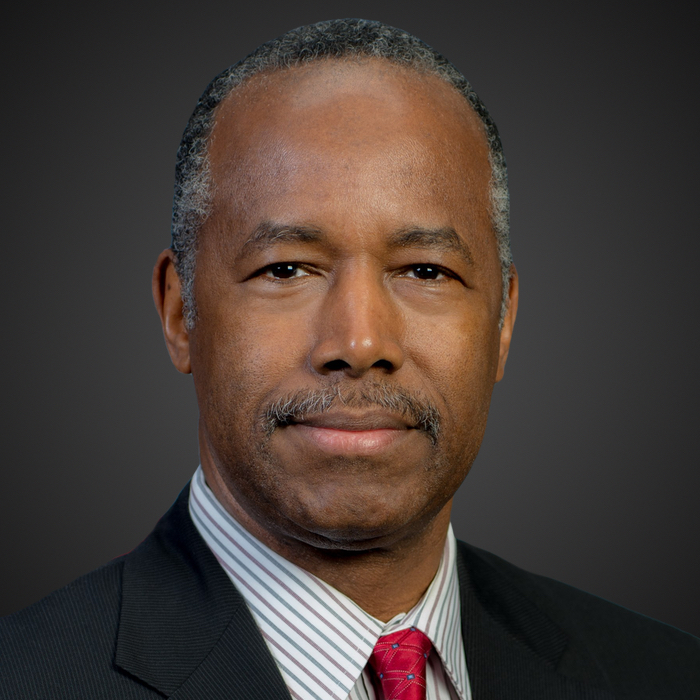 Benjamin S. Carson, Sr., M.D., had a childhood dream of becoming a physician. Growing up in a single parent home with dire poverty, poor grades, a horrible temper, and low self-esteem appeared to preclude the realization of that dream until his mother, with only a third-grade education, challenged her sons to strive for excellence. Young Ben persevered and today is an emeritus professor of neurosurgery, oncology, plastic surgery, and pediatrics at the Johns Hopkins School of Medicine, and he has directed pediatric neurosurgery at the Johns Hopkins Children’s Center for over 29 years. He became the inaugural recipient of a professorship dedicated in his name in May 2008. He is now the Emeritus Benjamin S. Carson, Sr., M.D. and Dr. Evelyn Spiro, R.N. Professor of Pediatric Neurosurgery, having retired on June 30, 2013.

Some career highlights include the first separation of craniopagus (Siamese) twins joined at the back of the head in 1987, the first completely successful separation of type-2 vertical craniopagus twins in 1997 in South Africa, and the first successful placement of an intrauterine shunt for a hydrocephalic twin. Although he has been involved in many newsworthy operations, he feels that every case is noteworthy – deserving of maximum attention. He is interested in all aspects of pediatric neurosurgery and has a special interest in trigeminal neuralgia (severe facial pain) in adults.

Dr. Carson holds more than 60 honorary doctorate degrees. He is a member of the Alpha Omega Alpha Honor Medical Society, the Horatio Alger Society of Distinguished Americans, and many other prestigious organizations. He has sat on the board of directors of numerous organizations, including Kellogg Company, Costco Wholesale Corporation, the Academy of Achievement, and is an Emeritus Fellow of the Yale Corporation, the governing body of Yale University. He was appointed in 2004 by President George W. Bush to serve on the President’s Council on Bioethics. He is a highly regarded motivational speaker who has addressed various audiences from school systems and civic groups to corporations and the President’s National Prayer Breakfast.

In 2001, Dr. Carson was named by CNN and TIME Magazine as one of the nation’s 20 foremost physicians and scientists. That same year, he was selected by the Library of Congress as one of 89 “Living Legends” on the occasion of its 200th anniversary. He is also the recipient of the 2006 Spingarn Medal which is the highest honor bestowed by the NAACP. In February 2008, Dr. Carson was presented with the Ford’s Theatre Lincoln Medal by President George W. Bush at the White House. In June 2008, he was awarded the Presidential Medal of Freedom by the President, which is the highest civilian honor in the land. He has literally received hundreds of other awards during his distinguished career.

In June 2013, after 40 years of medical endeavors, Carson retired and today serves as Professor Emeritus of Neurosurgery at Johns Hopkins University.
His first four books, Gifted Hands, THINK BIG, The Big Picture and Take the Risk: Learning to Identify, Choose and Live with Acceptable Risk (January 2008), provide inspiration and insight for leading a successful life. A fifth book, America The Beautiful: Rediscovering What Made This Nation Great, was released in early 2012 and made the New York Times Bestseller List in 2013. His sixth book, One Nation: What We Can All Do To Save America’s Future was released on May 20, 2014 and has also made the New York Times Bestseller List. His seventh book, One Vote: Make Your Voice Heard was released September 22, 2014. His eighth book, You Have a Brain: A Teen’s Guide to T.H.I.N.K. B.I.G., which encourages young people to aim high, was recently released on February 4, 2015. His ninth book, A More Perfect Union, was released on October 5, 2015.

Dr. Ben and Candy Carson’s dream is to name a Carson Scholar in every school within the United States.

In accordance with federal ethics rules, Dr. Carson resigned his positions with the Carson Scholars Fund in March 2017, when he began serving as the Secretary of Housing and Urban Development.