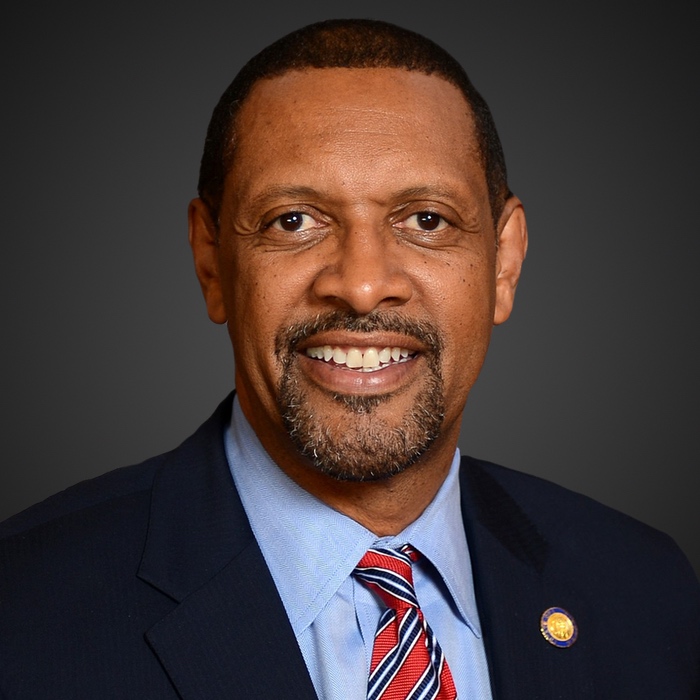 Vernon Jones was reared on a tobacco farm in Laurel Hill, North Carolina. He was 5th of six children born in a four room cinder block house with no indoor plumbing. His parents Robert and Rufer Jones taught him the value of faith, hard work, self-reliance and self-respect.

Jones received a BA in Business Administration / Information Systems from North Carolina Central University, in Durham, NC. Prior to public service, Jones had a successful career in corporate America, including Fortune 500 companies such as BellSouth Mobility and MCI Worldcom, and President of the Henry Oliver Company, a consulting firm established by Jones.

As the former Chief Executive Officer of DeKalb County, Georgia, Jones managed nearly 7,000 employees and directed the day-to-day county operations, which included managing one of the largest police departments in Georgia.

Jones is a former Georgia State Representative and lifelong Democrat who made national headlines when he announced his support for President Donald Trump’s re-election.

He’s published op-eds on CNN, Fox News, the Daily Caller and the Atlanta Voice, which have received praise from some of the most powerful voices in the conservative movement.