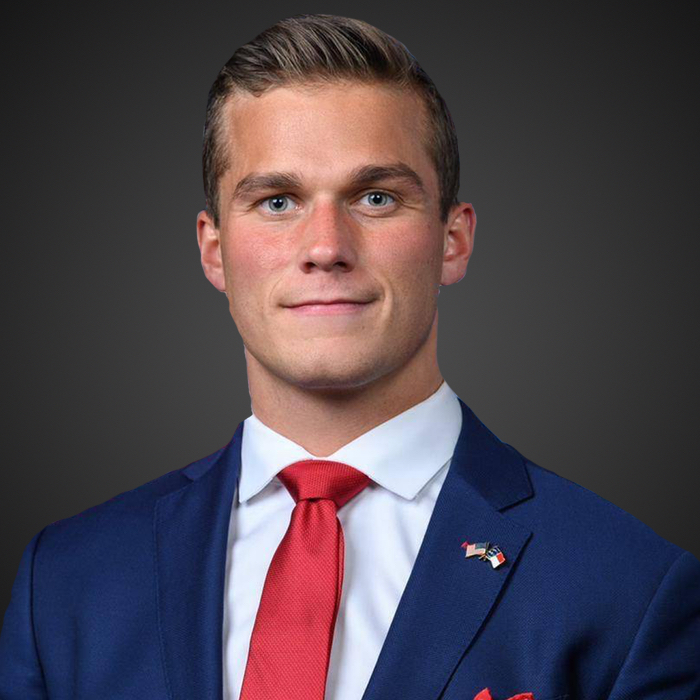 Madison Cawthorn is an 8th generation resident of North Carolina’s 11th Congressional district. His ancestors have served Western North Carolina communities for over 200 years including in the Revolutionary War.

Madison was homeschooled in Hendersonville. He received a full ride ROTC scholarship to NC State and was also nominated to the U.S. Naval Academy by Rep. Mark Meadows in 2014.

Madison’s plans to serve in the U.S. military were derailed that year after he nearly died in a tragic automobile accident that left him partially paralyzed and in a wheelchair.

Madison’s ordeal built his faith, made him a fighter, helped him appreciate every day, and inspired him to help everyone he encounters overcome whatever adversity they face in their daily lives.

Today, Madison is a small businessman. He is the owner and CEO of a real estate investment company. Madison is also a motivational speaker. He challenges people across the nation to have faith, work hard, play by the rules and pursue the American dream.

A constitutional conservative, Madison is committed to defending the values of faith, family and the freedom that have made America great.

As the youngest member of the 177th Congress, Madison Cawthorn represents not only the residents of WNC, but also young Americans across the nation who want their voices heard in the highest halls of democracy.