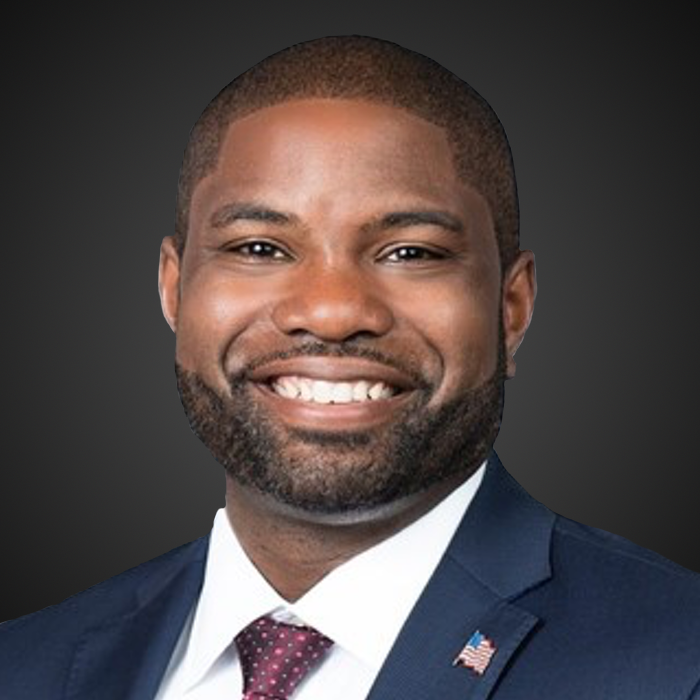 Byron Donalds grew up in Brooklyn, New York, and he is also the proud son of a hardworking and loving single mother. His mother dedicated her time instilling in him that greatness requires sacrifice, which drives him as a devoted family man and United States Congressman.

Byron is a graduate of Florida State University and received a Bachelor of Arts degree in finance and marketing. Byron’s career led him to Southwest Florida, where he worked in the banking, finance, and insurance industries. Elected to the Florida House of Representatives in 2016, Byron represented Hendry County and east Collier County in the State Capitol. During his tenure in the Florida House, Byron served as the PreK-12 Quality Subcommittee Chair during the 2018-2019 Legislative Session and served as the Insurance & Banking Subcommittee’s Chairman 2019-2020 Legislative Session. While serving in the Florida House, primarily focused on elder affairs, criminal justice reform, and ensuring that each child has access to a world-class education.

In January of 2020, Byron Donalds announced his congressional campaign live on Fox & Friends. Byron won the Republican nomination for Florida’s 19th Congressional District in August 2020, in a 9-way primary, filled with two self-funders and amidst the COVID-19 pandemic. During the general election, Byron received the endorsement of President Donald J. Trump, who called Byron a “rising star” and “a phenomenal Congressman.” Byron secured his victory in the general election over a progressive leftist, with over sixty-two percent of the vote. He has been a featured guest on multiple media outlets such as Fox News, Newsmax, BBC, the Washington Post, and more. Byron is committed to serving and giving back to the community that gave him so much. He has served Southwest Florida in many ways, including previously serving on the Board of Trustees for Florida Southwestern State College after being appointed by then-Governor Rick Scott. Byron continues to volunteer in his church as a youth leader and a mentor. He also enjoys volunteering as a coach in youth football and basketball leagues.

Congressman Byron Donalds lives in Naples, Florida, with his wife, Erika, and their three sons: Damon, Darin, and Mason. Byron has spent his entire adult life serving others, whether it be through volunteering, business, or leadership. He is committed to representing Florida’s 19th Congressional District’s conservative values in Washington DC to ensure a stronger Florida and a stronger nation.