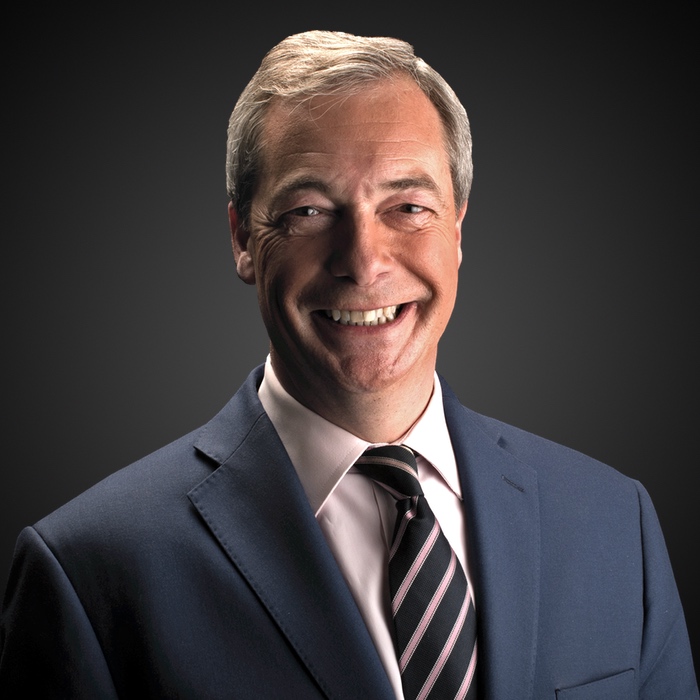 Nigel Farage is a British politician, broadcaster and political analyst who was the co-founder in 1993 and leader of the UK Independence Party (UKIP) from 2006 to 2016.

Farage began his career in 1982 as a commodities trader at the London Metal Exchange and ran his own metals brokerage firm after working at Credit Lyonnais Rouse and Drexel Burnham Lambert. He left a successful career to go into politics after the Conservative party signed the Maastricht Treaty, which advocated “ever closer union” between European nations.

In the 2009 European Parliament Election, UKIP came second defeating Labour and the Liberal Democrats. In 2014, UKIP, still under Farage’s leadership, came first in the United Kingdom with 4,5 million votes and in doing so, became the first political party since 1906 to win a national election that was not the Labour or Conservative parties. This successful result put the Conservative party under great pressure to organise a referendum on the membership of the United-Kindom to the European Union.

In June 2016, Farage was a leading figure in the campaign to leave the EU. This gained him the name “Mr Brexit” by the then candidate to the US presidency Donald J Trump whom he came to support at a Mississippi rally in 2016. Nigel Farage was one of the very few that predicted that Donald Trump would win the presidential elections.

He has since provided political analysis for both the main Fox News channel and its sister channel Fox Business Network. Farage is also hosting The Nigel Farage show on the British radio station LBC and launched “Farage against the Machine” podcast to be found on Itunes early 2018. He is a regular contributor to the Daily Telegraph and the author of several books.

The founder of the anti-globalism movement and the Godfather of #Brexit will join us in just 26 days. From Brussels directly to #CPAC2020: the one and only @Nigel_Farage! Learn more below. pic.twitter.com/30tBkWyhJZ