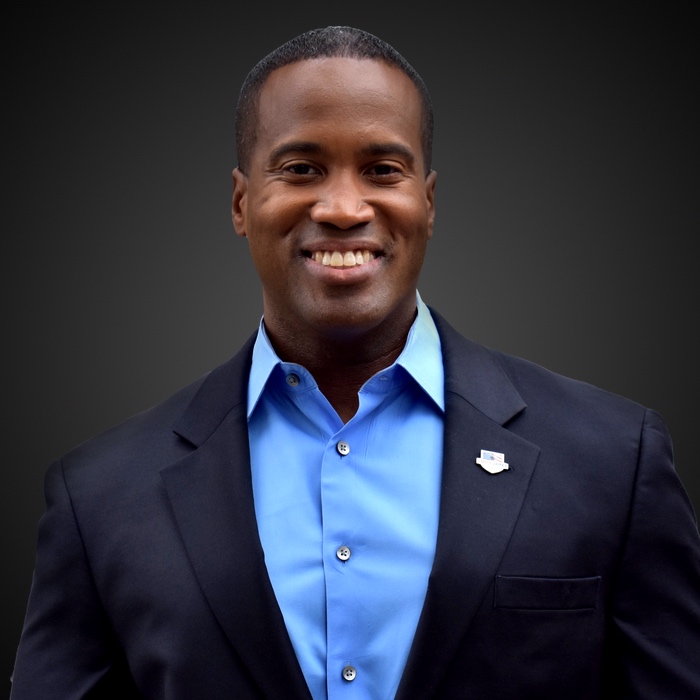 John James is an American businessman and combat veteran and is currently a candidate for the U.S. Senate in the 2020 election in Michigan. John joined the armed services at age 17, graduating from West Point in 2004. He went on to serve with distinction in Operation Iraqi Freedom where he earned a Combat Action Badge and two Air Medals. After eight years of service, John James was honorably discharged and returned to Michigan to work in the family business, James Group International, as President. He also served on Governor Rick Snyder’s mobility council and Veterans Trust Committee, and Detroit Mayor Duggan’s Workforce Development Council.

In addition to his Bachelor of Science from the U.S. Military Academy at West Point, John has earned a Master of Supply Chain Management and Information Systems from Penn State University and a Masters of Business Administration (MBA) from the University of Michigan. John is also a Lean Six Sigma Black Belt.

Michigan shocked the nation when they elected @realDonaldTrump in 2016 and at #CPAC2020, @JohnJamesMI will explain why he believes his state will once again send a message to Washington this November and reject socialism for good. pic.twitter.com/Ec5z6mk33Y