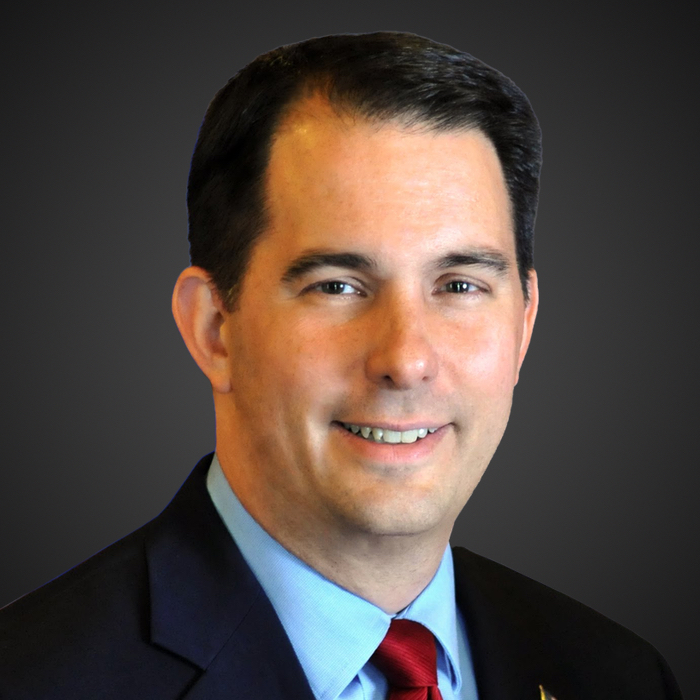 Governor Scott Walker was raised with a heart for public service, patriotism, and hard work. He moved to the small town of Delavan, Wisconsin, when he was in third grade. There, his father was a minister and his mother worked part time as a bookkeeper and secretary. Scott was active in school, sports, church, Scouts, and American Legion’s Badger Boys State and Boys Nation programs.

In June 1993, Scott was elected to the state assembly, where he helped lead the way on welfare reform, public safety, and educational opportunities. In 2002, he was elected to the Milwaukee County executive office. In this position, Scott worked to reform the scandal-ridden county government and faithfully kept his promise to spend taxpayer money as if it were his own.

In 2008, he won re-election with nearly 60 percent of the vote. On November 2, 2010, Scott was elected the 45th Governor of Wisconsin. Inheriting a $3.6 billion budget deficit, $800 million worth of unpaid bills, and an eight percent unemployment rate, he immediately implemented reforms to renew economic revival, fiscal order, and government accountability in Wisconsin.

Scott became the only governor in American history to survive a recall election on June 5, 2012. He was re-elected in 2014 and sworn into a second term on January 5, 2015.

He serves on the boards of Students for Life Action, American Federation for Children, and the Center for State-led National Debt Solutions.

Scott and his wife, Tonette, have two adult sons.