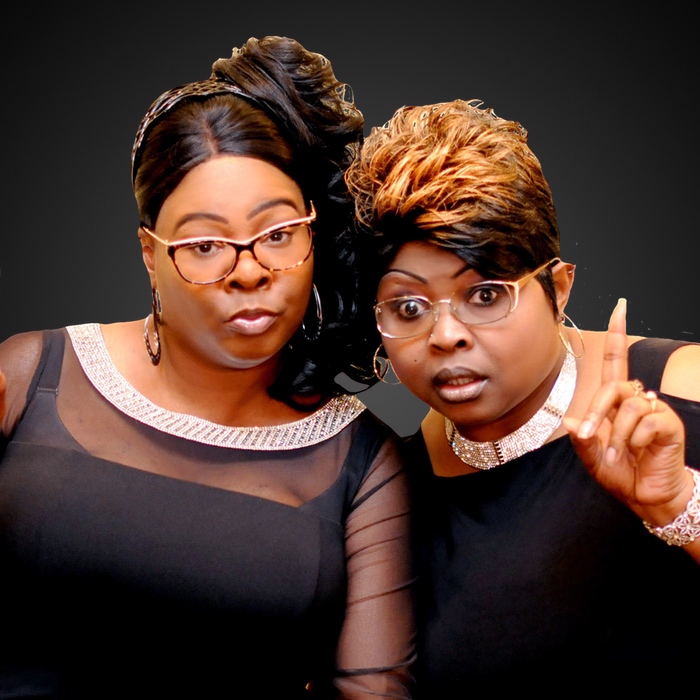 Lynnette Diamond Hardaway and Rochelle Silk Richardson are biological sisters from North Carolina and are Video Vloggers, Internet Sensations,  Influencers, the host of The Viewers View, and Diamond and Silk Chit Chat live. They’re Currently in their second season on Fox Nation and are known for their funny and upbeat Political Commentary, their rhythm and rhymes such as Stump for Trump and Ditch and Switch and their out spoken and loyal support for President Donald J Trump.

Standing with the silent majority, the Duo rose to prominence in 2015 receiving media attention for their support for President Donald J Trump and created a video calling out journalist Megyn Kelly for asking ignorant questions during the first Presidential Debate which made Drudge and went VIRAL.

As Conservative women they voice their opinions about media bias, political babble, and repetitive political tactics that Americans are tired of being subjected to.  Diamond and Silk host their Chit Chat Live show where they candidly tell you exactly how they view modern day topics appearing anywhere and across various platforms, using a common sense approach without the use of the political correctness so prevalent in modern day media.  Diamond and Silk speak their minds 100% without sound bites, and often right from the heart, because to do anything less would be an injustice to the supporters with whom their message resonates.  Diamond and Silk are not robotic talking heads; they’re truth tellers!

At #CPAC2019, @DiamondandSilk called out the radical Left saying: "we don't need to rewrite the Constitution, they need to reread the Constitution." Join the dynamic duo this February 26th-29th at #CPAC2020! pic.twitter.com/AIpOQjKR4n